Evergreen Conservancy and Robindale Coal entered into a land conservation easement agreement in December, 2017 on a 45 acre plot of Robindale Coal land near Dilltown.  This particular plot of land is considered a potential habitat for the Indiana Bat.

The Indiana bat was first seen in 1904 in Indiana’s Wyandotte Cave and introduced to science in1928. This is a small bat weighing the equivalent of 3 pennies. Its wing span is 9 to 11 inches. It hibernates in winter in caves or abandoned mines and is considered one of an endangered species. Indiana bats migrate to their summer habitat in wooded areas where they usually roost under loose tree bark on dead or dying trees. Indiana bats also forage in or along the edges of forested areas. 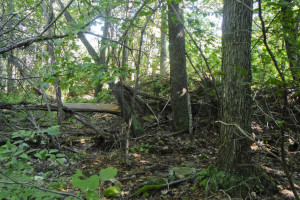 See the article in the Indiana Gazette